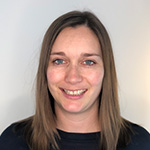 Five of us are sitting here on the edge of zodiac boats in thick neoprene wetsuits, ready to leap into the dark, subarctic waters of the Churchill River. It’s a chilly, late-summer day in northern Manitoba and we’re all looking at each other as if we’re slightly crazy. But none of us would give up this rare chance to snorkel with some of the thousands of beluga whales that swim in here every year.

Summertime in the township of Churchill––where the powerful waters of Hudson Bay meet the region’s stark tundra landscape––is framed by wildflowers and colourful, lichen-covered rocks. It’s a beautiful time to be in what’s also known as the Polar Bear Capital of the World, where fall visitors flock in to view the North’s apex predator.

But we’re here for the region’s other wildlife wonder. Each July and August, 3,500 belugas arrive here at the mouth of the river. They come to mate, feed on capelin and have their young. But they’re also famously friendly and inquisitive, making for magical and memorable whale watching encounters. 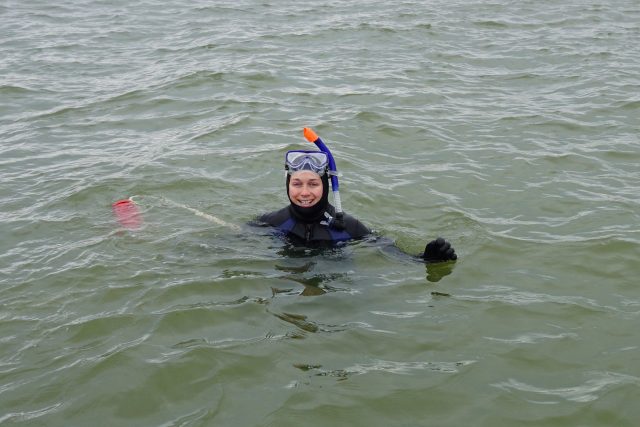 From our boat, we can see dozens of curious belugas swimming around us, the dorsal ridge of their backs cresting out of the water. Some come to investigate us and swim for a time in the boat’s wake, others glide along in small groups in the near distance, with the odd flip of their tail before diving under.

On the nearby shoreline, we can also see the huge façade of the Prince of Wales Fort, a massive stone fortress adorned with rows of canons.  A physical reminder of the area’s rich history, this was a busy fur-trading base in the 18th-century: the British used to trade here with the Indigenous locals, exchanging items for beaver pelts that would later be used to make hats in Europe.

"we’re mesmerized by their sleek white bodies, rolling in and out of the water in seemingly orchestrated unison."

But while the fort was partly destroyed by the French in 1782, it put this area firmly on the map, leading to the creation of Churchill and the opening––in 1929––of the railroad from Winnipeg. This remote town has always had to deal with wildness, though. Polar bears are one thing––there are strict protocols for bears wandering into the town––but summer’s beluga population is an equally impressive natural phenomenon.

Watching them from the edge of the zodiac, we’re mesmerized by their sleek white bodies, rolling in and out of the water in seemingly orchestrated unison. The adults are white and the calves grey, and we see a variety of combinations swimming together today: pods of adults; mothers and babies; two second-year calves. Sometimes, they come over to investigate us or they simply swim right past as if we aren’t even there.

We also learn that belugas are known as the Canaries of the Sea. To prove the point, our guide pops a microphone into the water so we can listen to their hauntingly beautiful song-like calls. The soft, high pitched notes float through the air and sound like the songs of the ocean. I would have been happy to sit and listen to them for hours. But today we are going to get a little closer and get right into the water with them. 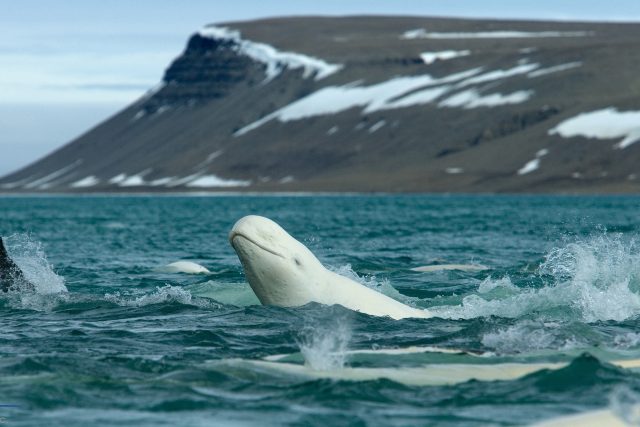 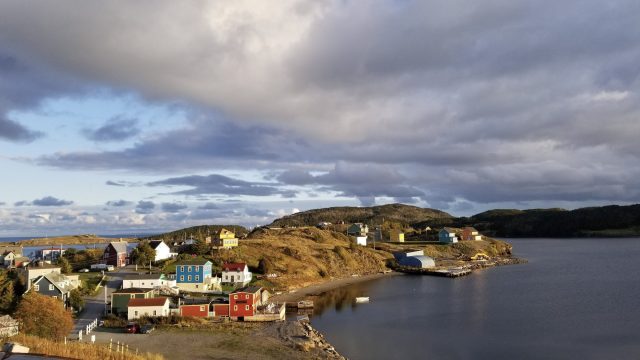 The only way to jump into five-degree water is to not think about what you’re about to do. After leaping right in, it’s surprisingly comfortable, albeit a little abrupt as the water first filters into the suits before warming against the skin. Today, our visibility was reduced by recent weather that had churned up the water: I could see my hand in front of me but not my foot. But it wasn’t hard to make the best of these murkier views.

Belugas are attracted to song, so we sang and called into our snorkels, starting with Raffi’s Baby Beluga then launching into Yellow Submarine. It was hard to know if it was working, but when I popped my head out of the water, I was astounded to see that we were totally surrounded by belugas on all sides. Our guide, still on the zodiac, pointed out excitedly that they were all around us. They’re so curious, they had to come and investigate, each of them swimming around us peacefully.

It was one of those rare moments in life when you’re mesmerized by nature and filled with a deep appreciation of the power of the non-human world. 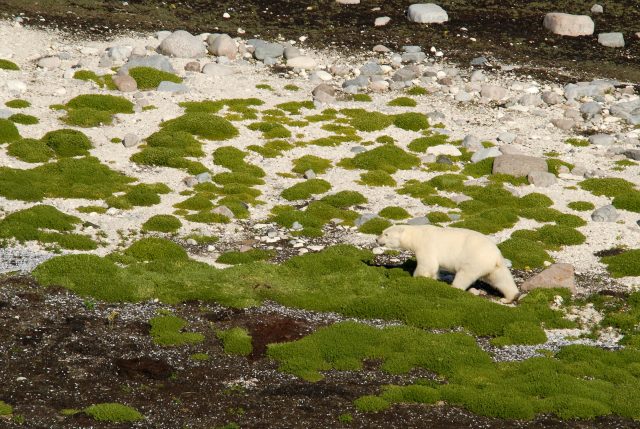 My four-day trip to Churchill was my first time in the North, and it served as a perfect introduction to the region. Polar bears (yes, we saw a few!); the swirling Northern Lights; spectacular landscapes; and fascinating history and Indigenous culture. But it was our amazing beluga encounter that felt truly special. It was a privilege to observe them so closely––a sobering, never-to-be-forgotten reminder of the wildness of nature.

Robin is a travel addict through and through. Whether she’s swimming with belugas or exploring the hustle and bustle of a new city, she lives for the thrilling adventure behind every new travel experience. 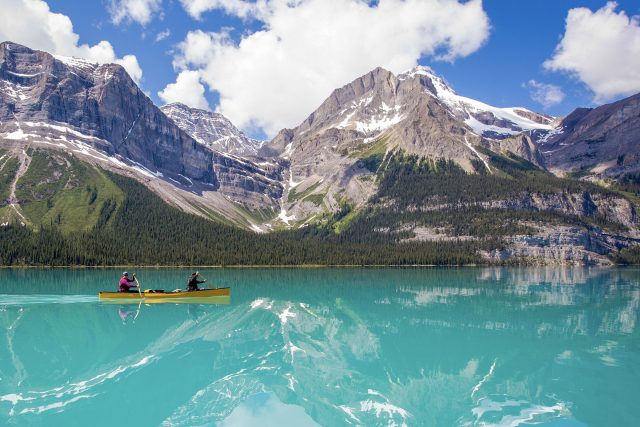 Paddling in the Canadian Rockies